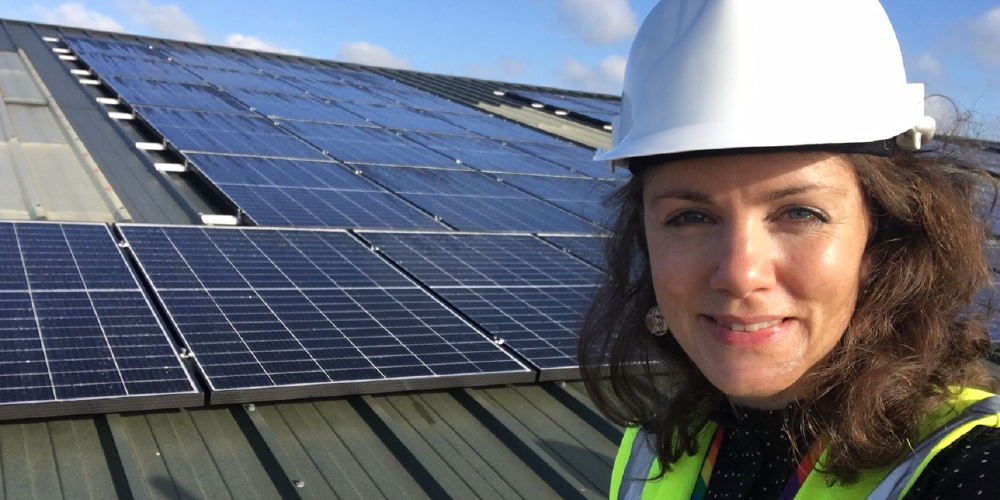 A committed Green Party Councillor has been sacked from her role as lead on Climate Change.

Elizabeth Wainwright, Green Party councillor, has been removed from her cabinet position at Mid Devon District Council as portfolio holder for Climate Change.

Last year the Leader of Mid Devon District Council Bob Deed sacked four Liberal Democrats from their position in the Cabinet, the governing body of the Council, and now the purge continues. Cllr Elizabeth Wainwright was sacked on Monday for going against the Leader’s wishes and not voting to support the Council’s budget. Elizabeth had been spearheading the programme to achieve the target the Council has set of being carbon neutral by 2030 – this was a new portfolio for the Council, and came with no staff or finance. She initiated a series of online ‘Climate Conversations’ on topics including transport, energy and tree planting, and more such events are planned.

Recently Elizabeth helped to appoint an officer with a specific climate change remit, and supported the Council in obtaining funds to decarbonise Mid Devon’s leisure centres and in its implementation of the Council’s climate action plan. Amongst other things, she was also in talks to roll out funded electric vehicle charging points across Mid Devon.

Elizabeth was elected as Green party candidate for Sandford and Creedy Ward in 2019 and has been regular in attendance at Parish Council and other meetings to ensure she is aware of her constituents' needs and wishes. Beyond the climate work, she has been promoting better community engagement and inclusion in the Council.

The climate change portfolio has been merged with the wider Environment portfolio, and given to Conservative Colin Slade .

"This is another example of the way Councillor Deed appears to ignores the wishes of local people and is centralising power within the Council" said Green Party spokesperson Gerald Conyngham. "The Cabinet is now composed solely of Conservatives along with three Independents. The climate change agenda is so important that it needs someone with the dynamism that Elizabeth brought to the role to carry it forward. It also highlights the need for radical change in the governance arrangements within the Council."